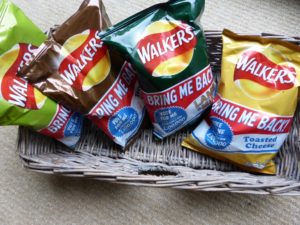 You may have seen the Walkers Crisps Bring It Back Competition? Every single bag of the special edition crisps were labelled “Bring Me Back!” See image right for more details.

After months of voting, and my goodness, the British public cast not just thousands, but millions of votes in an attempt to win their favourite flavour back into production.

If you follow Lunchbox World, you’ll know that Walkers Crisps launched a competition back in September to get the nation voting on which Walkers crisps nostalgic flavour to bring back.
Well, you will be glad to know the votes have all been counted, and verified and the winner has been announced.
But what’s amazing is the passion the british public has for crisps in the UK and the sheer number that voted!

The winner in the Walkers Crisps Bring It Back Competition is *drum roll please*… It’s the Beef & Onion flavour that will be coming back to the supermarket shelves for good very soon. 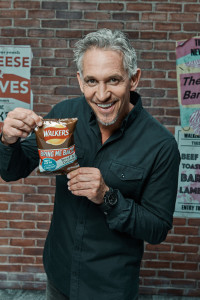 Out of a staggering 1.3m votes that were placed since the start of September this year, almost 480,000 of them were for the Beef & Onion flavour.
Close second was our favourite at Lunchbox Towers, the Cheese & Chive flavour.
So if you are a keen lover of the other retro flavours, then do hurry back to the supermarkets, and buy your favouries. Once these limited edition flavours are sold out and gone from the shelves, they won’t be back!

Marmite, the other flavour re-introduced is back for good anyway. Now in our house, you either love it or hate it… So a note for your diaries, the Beef & Onion retro flavour will on sale in supermarkets in a single or six pack from 23 November 2015 but please we don’t want a stampede on our hands.