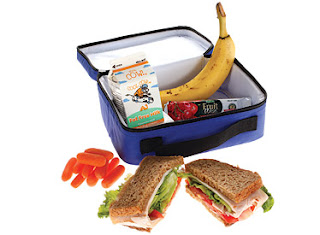 I’m starting this blog as lunchboxes have become a bit of a nightmare in our household. As a mother of 3, I have found the lunchbox the biggest challenge to the working week. Even my Mother says it is the worst thing about babysitting the grand-children on the rare occasion Joby and I venture away for a mini-break.

Maybe some of you out there will be able to identify with what I am saying. I always think everyone else has got it right, that it is just me that has this crisis in the morning, and am permanently running out of time as the school run looms! Trying to have breakfast myself, get them ready, are they all dressed, have they all got the right stuff for the right day, is their lunchbox ready. Right, everyone finished? Right coats and shoes on, let’s go! Come on! or we will be late! you will hear me cry as we hurry out the front door, two of them hopping along trying to get their shoes on, one arm in the coat, bag dragging along the floor… The other trying to write graffiti on the dusty car door.

Maybe you can post up your ideas as to what works and what doesn’t for you or time saving ways you have found to help you along. We are, after all, all in the same boat, trying to do the best for our kids and stay sane at the end of the day.

So, lunchboxes – deciding what to put in them:

Monday has arrived and it is back to school pack lunches. A mad rush prevailed, as we had just returned from a week away, being half term holidays! Little or no food in the fridge, no chew bars in the cupboard, no fruit in the fruit bowl! Oh no, little to put in the sandwich! What! no bread out either! No cartons of drink to be counted as one of their 5 a day…
Well, today it will have to be a “make do day”, with water to drink. I will have to shop later…

How do you come up with a healthy lunchbox when you haven’t had time to shop and have been away for a week?

Luckily I found a loaf of brown bread in the freezer, so promptly de-frosted 3 sets of two slices, (one set for each child) by laying them out on a chopping board, whilst we continued the frenetic activity of a Monday morning breakfast! With 3 kids it is always a bit crazy at breakfast time. Milk is frequently spilt on the table, as they rush to pour milk over their cereal. Fights over who has what cereal, (we never seem to have the right cereal or in the quantities to be equal to all three kids!)

I then found some cheese spread lurking at the back of the fridge – that would be ok for their protein for the older two, what next? The youngest, we’ll call him King Julien (he loves Madagascar!) is a bit of a fussy eater, so for today, (but this is not going to be permanent I keep telling myself!) he can have Vegemite, a bit like Marmite but without the after-taste.

Ok, that is the sandwiches, now the fruit. None in the bowl. OK, maybe I do have some chew bars in the cupboard, after a quick rummage I found a couple of Nutrigrain bars, strawberry flavour, they will have to do. King Julien doesnot like those so he can have a couple of Hobnob biscuits, not quite the same, but just for today. (At least it is not chocolate, I tell myself). Whitworth’s bag of fruits (dried apricots or raisins and sultanas) were also hiding in the cupboard, so for Spike, the middle one, and Tuna, the oldest, they would do just fine. (The great thing about these bags of dried fruit are they can be counted towards your 5 a day and the school even let them snack on them at breaktime). A great option for food snacking on the go. Water from the tap in their water bottles and we are nearly ready to go.

Not the best lunchbox at the start of the week, but tomorrow is another day, and I can start it all over again…

Getting back into the Groove! »