In sharp contrast to yesterday’s dreamy Spring Sunday, it was back to earth with a bump this morning. As always the missed hour is only ever noticed on the Monday.
Yep, it’s designed that way. I am sure of it. You never notice it on the Sunday, you don’t even feel tired on the Sunday evening, you brush off the thought “well it isn’t really that late…” so you stay up just that little bit longer…  regretting it the following day!

So today, another such Monday morning, but this time a little bit more needed to be organised:  King Julien needed the sandwich ingredients for his DT project for school. The brief for the 8 year old : to design a sandwich of his choice making it as healthy as possible, and being as creative as possible. Prizes for the best!

But he was having a touch of communication failure. First he could find no pants, nor socks, and was just operating (or not) in some kind of daze, not actually coming down for breakfast until 0815hrs. We leave at 0830hrs. We were now starting to cut things a little fine.
Spike meanwhile did not have his PE kit organised, nor his guitar and music at the door all ready. Instead he was still labelling up his new pencils, the latest craze : Smencils. (Another story for another day…)

So back to King Julien – he was not explaining what he needed, how it should be cut, chopped, what exactly did he need?  I felt like the chef out of Ratatouille, preparing everything blind-folded. He’d no image to show me, no pre-drawn design. He was not telling me, either, just withdrawing more and more into his shell, the crosser I became.  His teachers had told him to leave his design at school – very helpful.
How frustrating was that. No picture of what sandwich he was designing / creating, just a list of ingredients.
He was making Darth Vader, a little ambitious I thought perhaps? 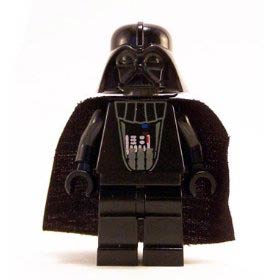 Shame he hasn’t a camera to take the photo of his creation, although he did mention the teachers will photograph the best, so fingers crossed, his Mummy is the “Lunchbox Lady” after all! Not much to live up to then.

So, already 10 minutes late, we loaded the guitars, lunch, PE kit, school bags into the back of the car. At last we were off.  Without even a hello to our dog-walking neighbour, (I’m afraid I was too mad for pleasantries) I sped out of the drive, rushing to make up the lost 10 minutes.
(Why do we do that – the rushing, as if we can make up lost time? There is no way we can get that 10 minutes back! So why do we try?)

Unfortunately the school run seems to have got worse recently. I don’t know if it’s the same for you, but round our way, there is definitely “shool run rage” developing. Every one is in a rush, and more so than ever. Everyone is out for themselves, if they can get there faster, block you in the process, park up and off load their brood whilst you are forced to wait behind them, unable to manoeuvre passed them, so be it.
Today took the biscuit!

Estate car mum totally blocked the entrance to the car park. At right angles too! The entire road is up by the school carpark anyway, so we are down to single file traffic this week. Why they can’t wait for the school holidays to do building work / repair footpaths, I don’t know. And to top it all, the car park is in a cul-de-sac, so there is only one way in, and one way out.   So, you could either get in, or get out, but not both.
Well of course, those having successfully dropped off their brood, are already heading out of the car park, rushing off to work. So they need to be somewhere else too.  It was just stale mate, check mate, grid lock, whatever you want to call it. No-one seems to think it through, no-one thinks of leaving a gap, or just waiting.
No, it’s got to be bumper to bumper, nose to nose.
No-one thinks “oh perhaps if I just hang back, they can get in to the car park, so are out of the way, then that’ll clear the way, so I can go.”
No.
They think purely and only of themselves.

So you get the scene? Estate car mum had dropped her brood. She wanted the fastest exit out of the carpark, so she literally blocked the entrance, at ninety degrees. She could not have blocked the entrance better if she had tried!
You could not get in. There are bollards either side of the entrance.  I would have gently bumped up the curb, if there had been room. No, there was no way of getting round her. Now the thing is, she could not move forward, because she was too far over, plus there is a bollard over on her side of the car park exit, and with the additional disruption caused by the roadworks, no-one could move, so no-one was budging.
So instead of reversing or moving out the way to help traffic flow, she just sat there, and even put her hand up to say “thanks!” Like I had willingly let her in.

I was livid. I was cross with her for blocking the way. I was cross with the boys for us being late. If we get there earlier, we miss this “school run rage” cloud. Everything is calmer and everyone starts off the day on a better foot and in a better mood…

Note to self : get up 5 minutes earlier and get the boys leaving the house earlier!
(Trouble is the clocks are already set 5 minutes fast to help give us that buffer time. I think the boys have worked it out though)

If you have some tips to share how you get round this, or if you have noticed “School run rage” brewing in your area, do let us know!

Thanks for stopping by!