The clocks went forward an hour, but we still had our pyjama breakfast, a weekend ritual in our household. So we were immediately on the back foot, nearly the morning had gone already. Homework was still hanging overhead like a big black cloud, that had been lingering at the back of all our minds all weekend.
But, it was a beautiful day…  Pushing homework and all those chores to one side, hubbie and I agreed we would head out and “do something”.  (OK, I admit it, I hurriedly put another load of washing on first! At least that would be doing whilst we were gone).

Hubbie rounded up the relunctant troops, encouraged them to don their wellies, gather up the kit:  bug observation tank – check, nets, jackets, caps, camera (oh dear, not charged!) and off we went, on foot from the house.
5 minutes later, over the other side of the A413, along a footpath we were in the middle of what could have been nowhere, by the edge of a stream, with just our family, a couple of ducks, (duck and drake it looked like), a swan and some geese for company. 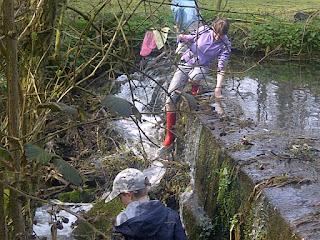 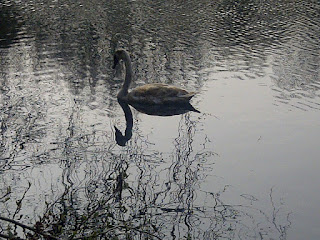 Only the distant hum of the M25 could be heard. It was truly idyllic and as I say, a short walk from our very own doorstep. 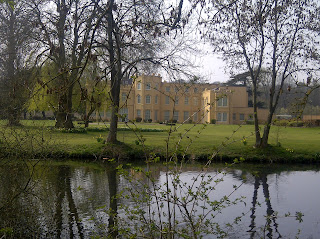 “Now there’s no excuse for me not to go walking at lunchtime” I thought. “Hubbie found this and I bet your bottom dollar he’ll think I should come walking here every nice day, just for a breath of fresh air, to get out of Lunchbox Towers and get the wind in my hair, and hear that twitter twitter of the birds. 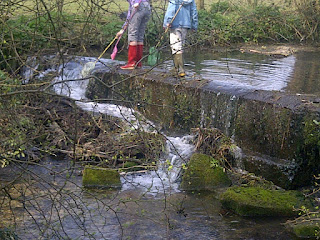 As you may have guessed, we are really keen for the brood to enjoy the simple pleasures in life : nature, pond dipping, birds, the trees, and just to love being outside. After all, it does not cost anything and it is all around you.  You just have to press the pause button, sit back, observe and “see” what’s out there. Luckily the Guardian seems to have similar thoughts on this!

I was reflecting the other day with a girlfriend, how busy life has become, and how fast the weeks fly by.  The kids are even saying how fast each week goes by.  We both recalled many a summer’s day when we were their age, just lying out in the grass, gazing up at the clouds, and literally watching the clouds float by, dispersing, then merging together, forming other shapes, as the world gently rotated. I recall many a long summer holiday lazily drag by, sometimes bored, but always having lots of time to just be, but now the holidays race by, no time to spare, no time to just be…

Spring has suddenly sprung, and each year I am amazed at how clever nature is. One minute the branches and twigs look dead, the next buds form, then blossom suddenly bursts forth in just a matter of days.  And the thing is, this happens every year…  For me, it is such a time of hope, of what the year could bring… 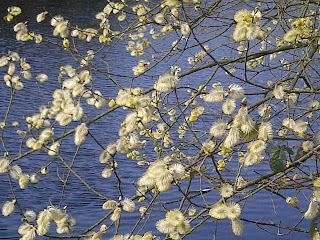 Well you can guess what happened, when you mix kids with water.. Yep, two out of the three fell in.  First Spike: trying to dredge the bottom of the stream, slipped and in he plopped, right up to his waist. (Luckily it was only knee deep!)  A little shocked, but quickly regained his cool, well with a wet bottom, anyway. 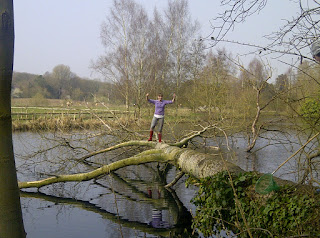 Then about twenty minutes later, the oldest, Tuna, rather boldly walked the length of a fallen tree down further further into the centre of the stream. Later she did admit she had been considering whether to go further along the submerged part of the trunk, but hurriedly brushed that thought aside, then oops! she was in, all shocked, and also wet from the waist down.
“Had she not just watched “A Total Wipeout” the night before? Does she not realise water means wet means slippery and she was wearing wellies, not those snazzy wet shoes, they now tend to wear?” I thought. 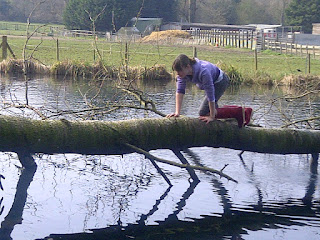 She then rather timidly crawled back along the trunk back to the bank. You know the stream was quite wide at this point, and I wonder when does a stream become a river, or was it a brook?
I must look this up and later amend this… If any of you know definitively do please comment. It was too shallow for a boat, but then deep enough for a canoe or kayak.

Anyway, I digress..
Not to be put off from our Sunday stroll, we ignored the fact two thirds of the brood were wet from the waist down, we continued along the path, pausing to watch the geese land on the river, spray flying up either side, the only other sound, amongst the chatter of the brood, was Tuna squelching in her wellies with each step she took.

Tuna then asked if I would ever allow her to come here on her own…
No
If she promised not to walk on the fallen tree trunk, stretching over the river…
No

We soon returned home and with the sun still relatively high in the sky, hubbie whizzed out to the supermarket for the bacon, baguettes, fruit juice and Sunday papers. We decided we would have bacon butties outside, in the sun. Well a nip had developed in the air, or at least I felt it and so did King Julien.

If only we had that gas BBQ… Nope, I was in the kitchen, extractor fan whirring, whilst the family waited at the table outside, having hap-hazzardly laid the table…
We rustled up some delicious bacon butties, freshly brewed filter coffee, fruit juice for the kiddlies, me in my coat and hubbie alongside in a t-shirt. (I do at times wonder if we inhabit the same climate, I always have on way more clothes than him… Still men are supposed to be at least a couple of degrees warmer than females. Well, that is my explanation anyway!)

Delicious, idyllic Spring Sunday.
Next, back to reality; school uniform, another load of washing, and the dreaded homework and music practice…
No more screen time this weekend.

Thanks for stopping by. If you can shed any light on the differences between streams, rivers and brooks, would love to hear from you!

PS Please excuse the quality of the photos, all taken with a Blackberry, the only gadget to hand at the time to capture events!