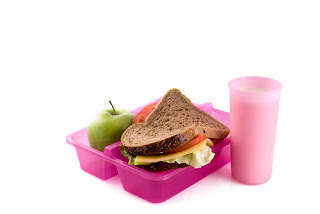 Phew! It’s Friday and I have just about got through the first week back at school!
The sun was trying to peep through the clouds, and spring felt definitely as if it was on its way! A really mild day it turned out to be too.
I checked the calendar to be sure I had not forgotten any after school activity or well, just to check for anything really. As luck would have it by today’s date it stated King Julien had a “hot dog lunch day” at school! Hoorah! That means one less lunchbox for me to prepare! The PTA have taken on the challenge of preparing hot dog lunches for the entire infant school! (They are still keen to find new recruits to help out so that many hands make light work! I am not sure though if I could cope with the noise levels – even just for the lunchtime slot!)
The second bonus was that the two lunches I had to prepare were for the less fussy eaters, Tuna and Spike.
Well, that was easy! A rather nice sandwich roll from the freezer (that would be de-frosted by lunchtime) filled with cheese spread, for speed!
Being Friday we try and do a special surprise, being what is now known in our household as “Fun Friday!” So today it was an orange flavoured Capri Sun. You may seem not to flinch at that, but normally they just get water in their water bottle!
In addition they both got two pieces of fruit : a satsuma and an apple for Spike, and a satsuma and a banana for Tuna.
How do I succeed in the banana not getting all bruised and brown by lunchtime – you may well be thinking? Well, I purchased what is called a “Banana Guard”. This is a rather large plastic yellow contraption that clicks shut and safely looks after the banana and literally protects it from those instances when the lunchbox is thrown around the classroom, or kicked like a football in the cloakroom! It really does work too, plus it can be washed in warm soapy water to keep it fresh.
Anyway, I also found these new mini bags of jammy dodgers called “Splat snacks”, something new to try and what with being a Friday was their extra treat! (much to the disgust of King Julien who was not having a packed lunch at all!)
I even had time, as I was only preparing two lunchboxes, to write a surprise note and pop that in their lunchbox too.
I think they appreciate the wishes I wrote, as they commented about it just as soon as we got into the car on the school run home!
Wow! I thought to myself. They actually noticed! Trouble is though, Spike’s water bottle was leaking in his lunchbox, so now the fluorescent pink post-it note has now left a rather horrid pink stain in the inside of his lunchbox! You win something and then you lose something!
Ho! Hum!
Anyway, that is now behind me! The weekend is ahead! So is the washing too and the quick turn around of the school uniform, all to be ready for Monday morning! Oh what a fun life we lead!
« Try, try and try again!
Monday Morning – good start to the week! »